Alpine refuge Christos Kakalos belongs to the Greek Mountaineering & Climbing Federation (www.eooa.gr). It is located on the Plateau of Muses at an elevation of 2650m. It was named after Christos Kakalos the infamous Mount Olympus hunter who guided Swiss climbers Fred Boissonnas and Daniel Baud Bovy to realize the first recorded ascent to Olympus highest peak Mytikas on the 2nd of August in 1913.Christos Kakkalos also achieved the inaugural ascent of the summit of Stefani (Throne of Zeus) in 1921 with the Swiss topographer Marcel Kurz. 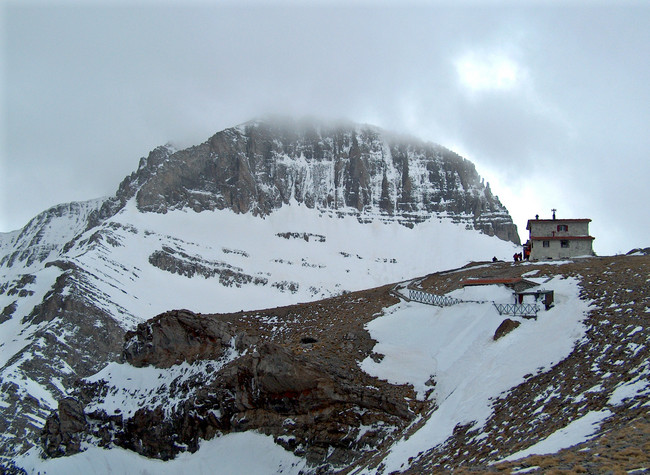 The refuge has a capacity of 17 people and offers lodging, food and toilettes. There is not bivouac space in the refuge. For the summer season the refuge is open from the last weekend of May to first weekend of November. Winter season starts in early March and lasts until mid/late April depending on snow cover conditions.